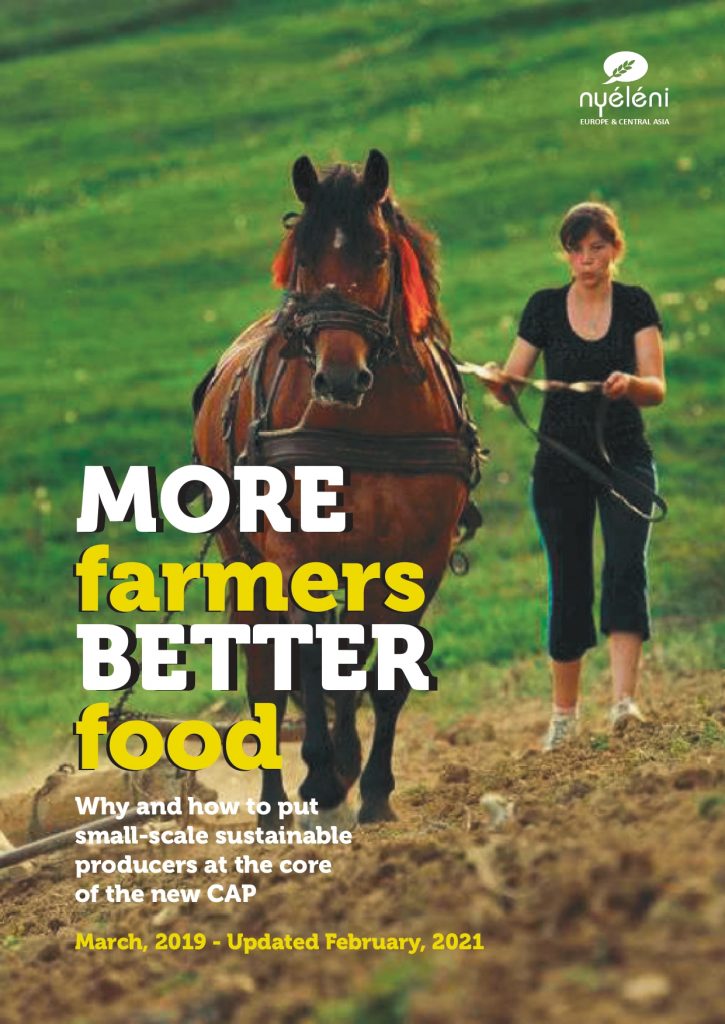 The Nyéléni Europe network is part of a global movement that has been growing for over three decades, in which hundreds of organisations and movements have engaged in efforts to defend and promote people’s right to food sovereignty around the world. This struggle has emerged to challenge the increasingly dominant role of corporate-controlled industrial agriculture in our food system, which is founded upon chemical and fossil fuel inputs, mechanisation and cheap labour. This has come at the cost of jobs, rural livelihoods, the environment and public health.

Following the launch of the principles of food sovereignty by La Via Campesina at the 1996 World Food Summit in Rome, and the 2007 International Forum on Food Sovereignty in Mali, European peasants and civil society actors gathered in 2011 in Krems, Austria, for the 1st European Forum for Food Sovereignty. It was here that more than 400 women and men from 34 European countries came together to formulate the Nyéléni Europe Declaration.

Use the insights from the report by downloading the full pdf document.